To God be the glory, and thank you Mother Mary for all the blessings we have received through Medjugorje.

Mother Mary's timing is perfect- how appropriate she would give this particular message to Mirjana during these troubled times...on the 2nd of each month, she receives an apparition of Our Lady as she comes to pray with Mirjana for unbelievers. However, as Mirjana insists, Mother Mary does not call anyone "unbeliever," but rather defines them as "those who have not yet felt the love of God." How this applies to members of our families, workplace and communities. Let us pray ever more, as Our Lady has called this "the time of great decisions," for all people to experience the life-changing love of the Father, God.

Please note that Mirjana will be having another special apparition on March 18, as she has been for a few years. Find it on YouTube!

At about the last second, we were invited to go to Medjugorje, truly by Our Lady, for a mission and pilgrimage. We felt it increase strongly on our hearts, and my how the Lord confirmed the choice by His fruits!

We were blessed by the Lord to stay at the house of Mirjana, where St. John Paul II's shoes are kept. As you may know, he sent his shoes to Mirjana, saying, since the Pope could not go to Medjugorje himself, he would send his shoes, but he would rather be in Medjugorje hearing confessions. He also called Medjugorje the "spiritual center of the world."

Although many dioceses are canceling public Masses around the world, in Medjugorje the Franciscans are staying strong; as Mirjana said, "how can someone get sick by receiving Jesus in the Eucharist?"

She told us about one priest, who decided if the people were not allowed to come to Jesus, he would bring Jesus to them. See the video below:

In Medjugorje, we were blessed by a miracle of Our Lady to renew our wedding vows publicly, which was then broadcast all over the earth through Mary TV! Wow. Apparently this is extremely rare but the priest obtained permission from the Franciscan pastor of St. James Church, and what a blessing it was! Check out the condensed clip we made here:

It's hard to believe it’s been three years since we were married in the Church, in the States by Danny’s priest friend from the Emmanuel community. It’s unbelievable, all the gossip and lies that were told, and that people believed, that we weren’t married in the Church- certainly it was a unique thing, but we love the Lord and the Church too much to leave her. But, Mary TV put our ceremony on their site for the whole world to see...amazing how Mother Mary vindicates her people. They also interviewed us about our witness, which will air sometime next month. Our Lady says, and Our Lord said, "judge not, lest ye yourself be judged!" (Matt. 7:1-3)

Please find here the special interview of Mirjana that she gave us on March 10 in her home. She allowed us to film this for our ministry friends to view, regarding her visions of Mother Mary, and the early days of Medjugorje.

God bless our tour guide Ivan, who interpreted in English as Mirjana spoke in her native Croatian.

We were also able to witness to people our story and our witness of Medjugorje at Mirjana’s and also Vicka’s house. Such a treasure, as Vicka’s was the place where, after she prayed over me, I had a tremendous miracle back in 1988...we were blessed to share our witness to several different groups about our marriage, and all that God has done for us. We were also invited to go to Romania, and are praying about going or not...also Lethbridge, Alberta.

We were blessed to be used of the Lord to pray over several pilgrims, who were seeking the baptism in the Holy Spirit. They came into the gift of tongues almost immediately- within a minute! We also had the privilege of praying over a pastor from Romania on the plane from Poland, who had trouble with his legs. To God be the glory- and Mother Mary, for using us to spread the Kingdom. It has humbled us, how God could use us.

This past Saturday marked 40 days since the passing of our spiritual director, Fr. Fernando Suarez. Still, we are suffering.

We invited Fr. Fernando to be spiritually present with us in Medjugorje, especially at the Mass of our renewal of vows...and immediately afterwards, we met our new Filipino friends from Chicago! We had an instant connection with them through Fr. Suarez, whom they had encountered at healing Masses. After all, you can tell from the picture that we are also Filipinos!

So many supernatural signs and wonders happened while we were in Medjugorje, to God be the glory.

Amazingly, in our room there at Mirjana's was a picture of Our Lady of Lipa- whom we visited in the Philippines. There, we both had a powerful experience of Mother Mary's presence, and truly believe she appeared there.

God is truly blessing our ministry- we thank God and our benefactors for their generosity, and continued support to make our ministry flourish. Thank you to all our members, and the Board of Directors, for all their prayers and sacrifices and support. We are eternally grateful. Because of their support, we were able to travel to Medjugorje for this important mission. As lay missionaries, we finance all our own missions and do no fundraising. God provides through His people, with their generosity, for which we are totally grateful as we rely on Providence to live and work in God's Kingdom.

Please prayerfully consider donating to our GoFundMe campaign, to put an addition on the house- we need more room!

It is amazing that we went right before all the countries started closing their borders. Unfortunately, our new friends from Chicago arrived in Medjugorje Thursday night, and had to fly back the following morning!

Sadly, we were told, we were some of the last pilgrims to go to Medjugorje during this time, because of the coronavirus. Let us join hearts and pray with faith in the Lord, against this scourge. "By His wounds, you were healed." (1 Peter 2:24) Remember that "the prayer of a righteous man availeth much." (James 5:16) "If my people, which are called by my name, shall humble themselves, and pray, and seek my face, and turn from their wicked ways; then will I hear from heaven, and will forgive their sin, and will heal their land." (2 Chron. 7:14)

Mother Mary says that prayer and fasting can stop wars; surely the united prayers of the Church, by God's grace, will put an end to the coronavirus. Glory to God.

In the Father's Love, through the intercession of Mother Mary,

During evening Mass in Medjugorje

Among the Poorest of the Poor

St. Joseph, Pray for Us 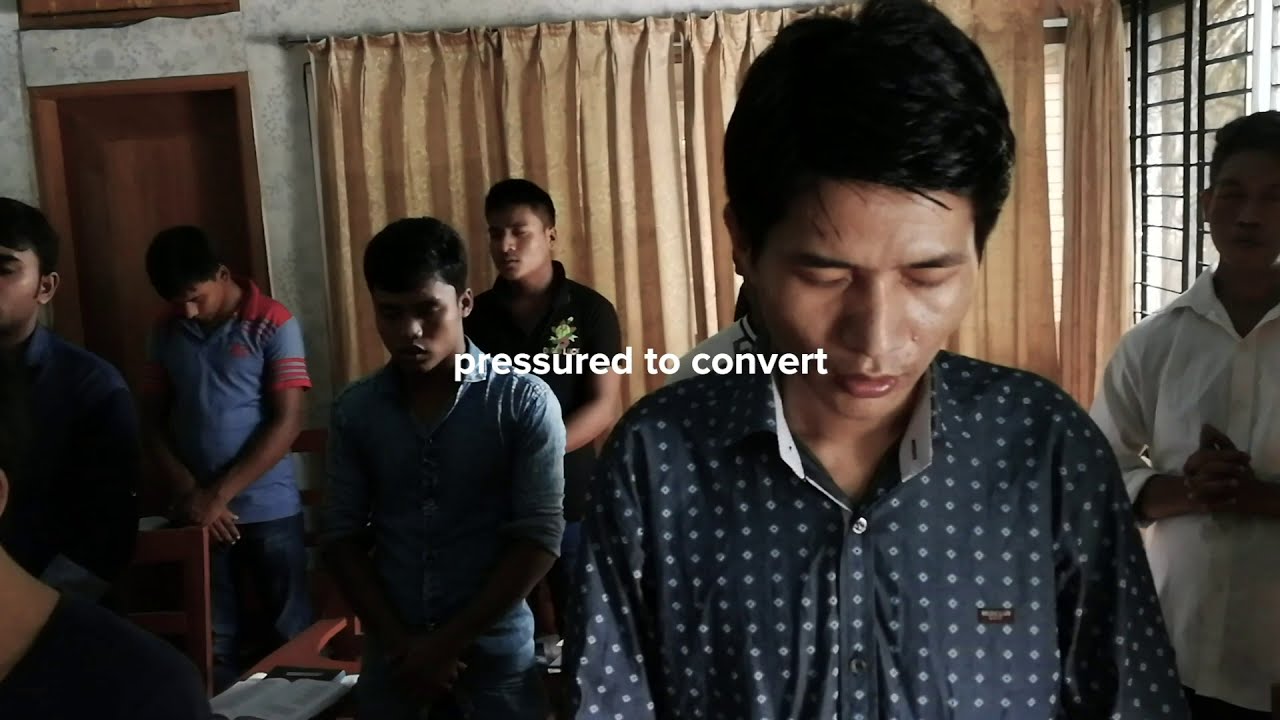